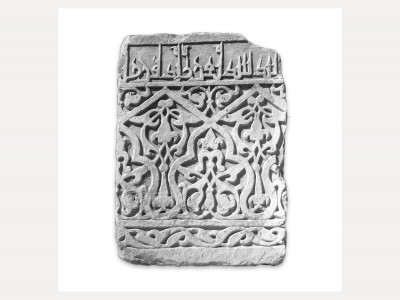 Persian inscriptions from Ghazni may be regarded as both artistic testimonies and original primary sources for the cultural history of the Ghaznavid dynasty (366-582/977-1186). They provide evidence of the Ghaznavid contribution to the rise of New Persian as an epigraphic language complementary to Arabic, and of the distinctive features of its use.

Our study focuses on a corpus composed of 228 fragments of Persian poetic inscriptions, 113 of which have remained unpublished until now. These texts, carved onto marble dado panels, were mostly retrieved from a royal palace in Ghazni and recorded by the Italian Archaeological Mission in Afghanistan in the 1950s and 1960s. Through an interdisciplinary approach, we pursue two main goals: firstly, to offer a comprehensive analysis of this epigraphic corpus in order to bring to light any historical data it may disclose. Secondly, to place the Persian inscriptions in context by means of a comparative study of epigraphic and literary sources produced in Ghazni and in the Persianate world between the 5th/11th and the 6th/12th centuries.

The spread of Persian epigraphy in the Ghaznavid capital city is confirmed by a set of documents that falls beyond our main corpus and until now has remained unknown. This new evidence provides chronological benchmarks for the use of Persian epigraphy at local and regional levels. We also note the central role played by Persian poetry in the Ghaznavid epigraphic tradition, borrowing the vocabulary of court panegyrists to build up a celebration of royal and Islamic ideals. This particular use finds echoes in other regions of pre-Mongol Iran and gives voice to the cultural policy of Eastern Islamic dynasties.