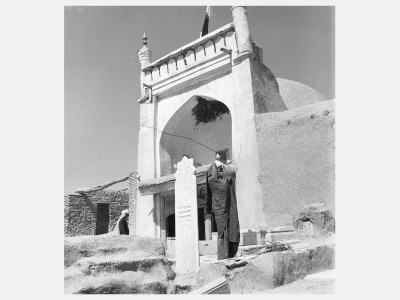 8. Islamic archaeology: Continuities and discontinuities between a deep past and modernity

Ziyārāt, Shrines and Burials from the Ghaznavid Period to the Modern Age

A crossroads of the Iranian, Central Asian and Indian regions, in the late 10th century Ghazni became the capital of the Ghaznavid empire (977-1186), whose court was renowned as one of the most refined of the Iranian world. Once its political role faded due to the Mongol conquest, the city turned into a pilgrimage destination as attested by the astonishing number of mausoleums, shrines and burials revered as ziyārāt. These funerary sites covered an extended area in Ghazni from the citadel to the suburbs. The habit of visiting tombs belonging to eminent personalities – sultans, emirs and ulamas – kept these sites alive through time perpetuating their anthropological, religious and historical value. Thanks to a diachronic approach to the data collected on the field by the Italian Archaeological Mission in Afghanistan and the historical sources, we are finally able to compile a list of the identified ziyārāt and a tentative chronology of the sites’ occupational phases, as well as to develop a geo-referenced map. Such results shed light on the worship continuity that converted Ghazni from a royal to a devotional city, shaping the sacred landscape of the site across centuries.